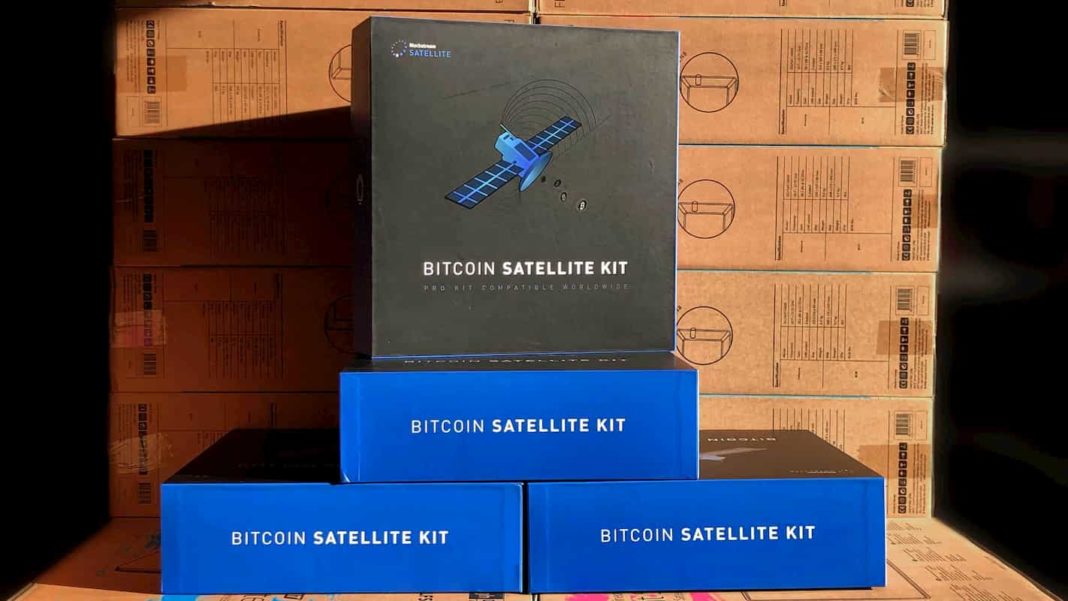 Blockstream, a cryptocurrency-related software and hardware development company, just announced a new “Bitcoin node connection kit at home”. The kits, which dispense with the use of internet, are able to connect directly to the company's satellites to receive bitcoins.

According to the Blockstream tweet, "the first US batch of 500kg of #BitcoinSatelliteKits is on its way". This gives about 100 kits in the distributed batch.

The Blockstream system has dedicated satellites, rented in 2017, that transmit data from the Bitcoin blockchain to users without needing internet access; they were produced with the public in mind, who, for example, do not have access due to government blockades, poor infrastructure, etc.

“The Blockstream Satellite kit is your alternative access to #bitcoin data in the event of power loss, censorship, natural disaster and network attacks. If you can see the sky, you can probably access Bitcoin data and stay up to date. ”

The user can choose between the Basic Kit (US $ 280) or the Pro Kit (US $ 750), having one or two satellite receivers that can be connected to a computer, which then processes the transmissions.

In addition, both require an additional satellite dish, which can be standard TVs larger than 45cm in diameter (recommended 60cm), or can be purchased in the flat panel antenna kit, for $ 180.

Satellites cover the entire world, separated between 4 satellites in 6 coverage zones. Three of these areas are twice as fast as the map shown on the Blockstream website.

Now there is no excuse for not using Bitcoin, even if you don't have internet or are in the middle of the ocean.