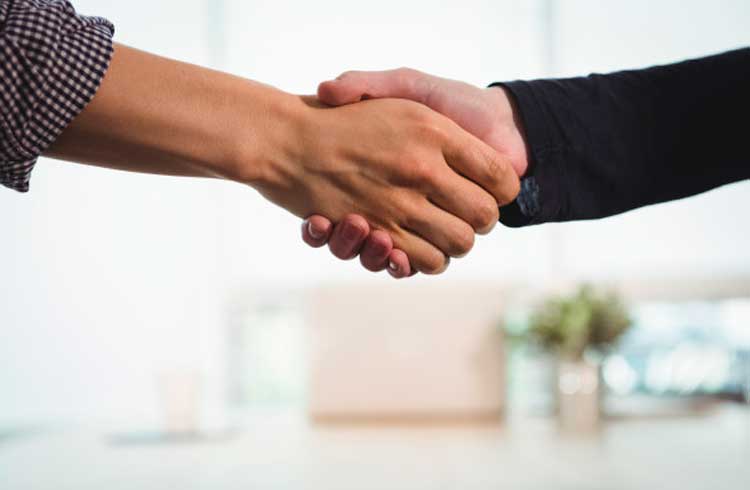 We.trade, a blockchain-based platform supported by Banco Santander, announced a collaboration with IBM.

According to the statement, in addition to the partnership, IBM became one of the shareholders of we.trade alongside Santander.

We.trade was designed to improve the loan process for commercial financing, that is, supporting companies during the expansion into new markets.

Thus, in the past few months, we.trade has seen the momentum continue to grow as companies move to replace paper-based commercial finance processes with a digitized solution.

Thus, according to the statement, from July 2020, we.trade will extend services to additional banks and customers across Europe before expanding the network globally, starting with Asia.

Therefore, the company said the partnership with IBM will help boost eTradeConnect, a blockchain-based commercial financing platform made up of 12 Asian banks.

"No other trading platform based on distributed accounting has moved so quickly to add value to member organizations and their customers," said Ciaran McGowan, CEO of we.trade.

With that, we.trade will use the resources of the IBM Blockchain Platform, thus expanding its blockchain-based service offering. Since it is operating at CaixaBank, Deutsche Bank, Erste Group, HSBC, KBC, Nordea, Rabobank, Santander, Société Générale, UBS and UniCredit.

"We.trade and IBM's strategic direction is focused on driving growth and transparency across the business ecosystem, collaborating to enhance the blockchain network effect and expanding access to trade finance and other services to the market," he said. Jason Kelley, GM Blockchain Services, IBM.

Still according to IBM, the new pricing structures will help more banks to align with internal production controls using their choice of cloud services.

Read also: Binance returns to China as a platform that teaches about blockchain