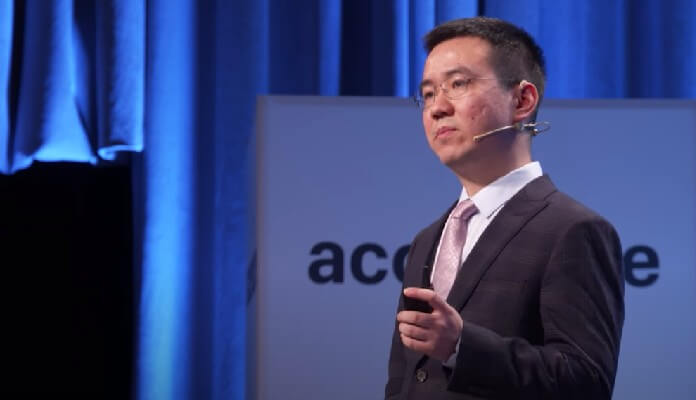 Chinese businessman Jihan Wu, co-founder of bitcoin mining giant Bitmain, has returned to the position of chief executive of the company after a period of internal and judicial disputes with the also creator of the company Micree Zhan.

According to a commercial registry update made on Monday (14), Wu appears again as CEO of ‘Beijing Bitmain Technology’, the operating entity behind Bitmain.

After the move, the company said that internal conflicts had damaged its market share, its image and brand. Regarding Micree Zhan, who held the highest position at the entity until then, Bitmain said that respect for the largest shareholder remains the same.

Zhan had been ousted last October by Wu, but earlier this year he recovered control of Bitmain in court.

“Wu Jihan is Bitmain's legal representative. Our respect Mr. Micree Zhan remains the same ”, says a note sent by Wechat to customers, employees, partners and colleagues in the press.

According to the note, the company said it is committed to a total restoration so that everything returns to normal both internally and in its subsidiaries and affiliates.

“Bitmain Group employees hope that all parties involved can avoid further damage to everyone's interests and return to the essence of a technology company, the company wrote, adding:

"Bitmain will not forget its original aspirations and will always follow the vision of becoming a world-leading technology company."

According to Coindesk, in October last year Wu removed Zhan from the position of executive director and legal representative of the entity, although he was the largest shareholder.

At the time, Wu claimed that the company under Zhan's leadership during 2019 caused serious problems, including a significant drop in the mining sector's market share.

In December, Zhan filed a lawsuit in the Cayman Islands over the legitimacy of Wu's action and managed to retake the post. However, according to the website, there are still possibilities for twists and turns, as the case has not been closed.

Argentines are betting more and more on Bitcoin