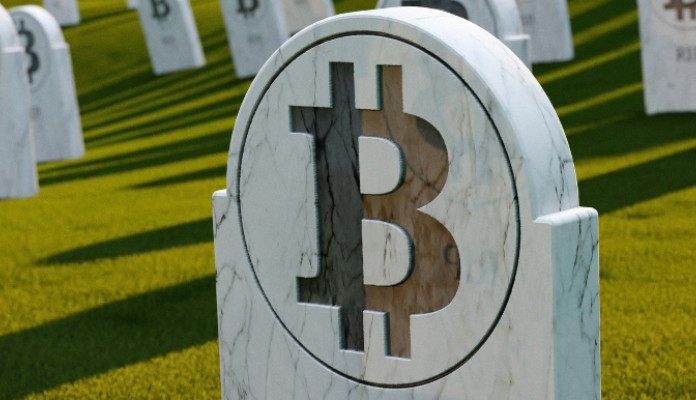 The 99Bitcoins website has an interesting gauge of public opinion about Bitcoin: it counts every time media outlets and well-known personalities explicitly suggested the end of the crypto asset. There are currently 466 BTC death predictions, according to portal numbers on Monday (21.)

Since the FTX crash happened, there have been two deadly predictions. The most recent was on November 15th, by Chetan Bhagat, in a column for the Times of India newspaper. The title of the text is straightforward: “Crypto is now dead”.

On November 12th, Ramp Capital wrote on Twitter: “Crypto died today. I don’t see how to recover from this generational wealth that has evaporated. Confidence has evaporated.”

In June, the number of people wanting to know if bitcoin died increased during the price drops of that period, as shown by a surge in Google searches for the term “bitcoin dead”.

On the Google Trends platform, which monitors the most commented subjects of the moment, it was possible to see that searches for “bitcoin dead” had reached the highest level since the week of December 10 to 16, 2017.

At times when bitcoin records sharp price drops for an extended period of time, it is common for skeptics or people outside the community to rush to declare the “death” of the cryptocurrency.

But throughout history, bitcoin has repeatedly proven to be strong enough to break out of bear cycles — a task that, depending on market conditions, could take months or even years.

At that time, the 99bitcoins portal showed that the death of bitcoin had already been declared at least 455 times since 2010.