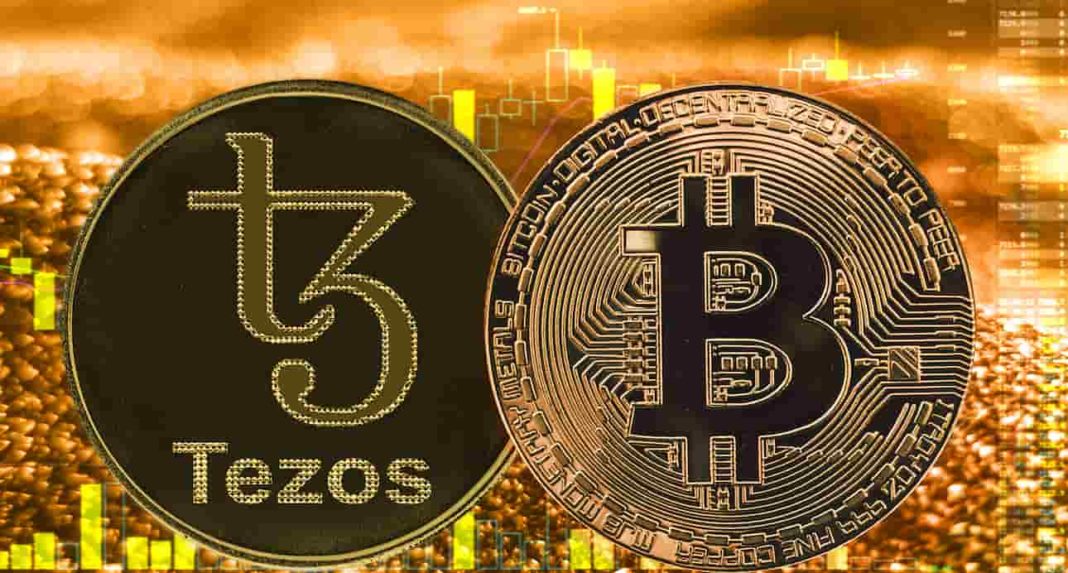 While bitcoin and most altcoins remained relatively stagnant in one day, some exceptions, like Tezos, jumped nearly 30% in one day, according to CoinGoLive.

The traditional market’s expectation regarding today’s Copom decision is for an increase in the Selic rate to 9.25%. Understand the importance of Selic in this Market Summary.

Cointimes on Saturday reported the massive meltdown that took bitcoin from $58,000 to a low of $42,000 in two months, resulting in more than $2.5 billion in liquidations from 400,000 leveraged traders.

The asset started to recover on Sunday but was stopped at nearly $50,000. However, it managed to break that level yesterday.

In addition, the BTC continued to rise in the following hours and reached US$ 52,000. This is where the bears approach once more and push you south again. As a result, bitcoin is now at just over $50,000 and its market capitalization has dropped to $950 billion.

We can see that their dominance was more affected compared to their net dominance. Bitcoin currently dominates 38.19% of the market, with the net representation of this metric being 61.68% of the market capitalization of the 100 largest cryptocurrencies.

The Copom is expected to raise the Selic

Investor optimism over indications that the omicron variant may be less lethal than feared led risky assets into yet another positive session in yesterday’s trading session. The result occurred even in the face of renewed fears that the processing of the PEC dos Precatório could be delayed in the Chamber.

After adjustments, the Ibovespa closed the session with gains of 0.65%, at 107,557.67 points, its highest level of closing since November 11th. In the last four days, the accumulated appreciation is 6.73%.

Investors are still trying to figure out what the tone of the board’s communication will be today, as activity is stagnant and inflation expectations continue to rise steadily. The Selic rate is expected to be close to 9.25%, according to Safra specialists.

“We believe that the committee will choose to clarify that it is great, from an intertemporal point of view, to adjust the relevant horizon and, in this way, maintain the commitment both to the inflation target and to the unemployment rate”, evaluates the chief economist of the Fibra bank, Cristiano Oliveira, in a report.

The Selic Interest Rate is important basically because it is used as an indicator of macroeconomic conditions in Brazil. It reflects: the expectation of future inflation and the country’s real interest rate. Real interest is the minimum interest, above inflation, that investors must accept when investing in the real.

Some altcoins escaped the bloodbath

Most alternative currencies mimicked the BTC’s performance recently, meaning they lost a lot of value on Saturday and posted impressive gains yesterday.

Today, however, most have stagnated or even backtracked. Ethereum went from $4,600 to $3,500 in hours during the crash and surpassed $4,400 yesterday. After a small drop in 24 hours, however, ETH is below that line.

Tezos managed to escape the bloodbath. XTZ has risen by almost 30% after partnering with gaming giant Ubisoft in the last 24 hours. Ubisoft has just announced Ubisoft Quartz, a new platform for gamers to acquire Digits, the first NFTs (Non-Fungible Tokens) playable in AAA games and that run on low-power technology.

To operationalize the first playable NFTs in AAA games, Ubisoft Quartz relies on Tezos, a blockchain that works by a Proof-of-Stake consensus algorithm. Ubisoft Quartz will be available in beta from December 9, at 3:00 pm, in the United States, Canada, Spain, France, Germany, Italy, Belgium, Australia and Brazil.

According to CoinGoLive, the market capitalization of all crypto assets dropped to about $2.48 trillion on Wednesday.