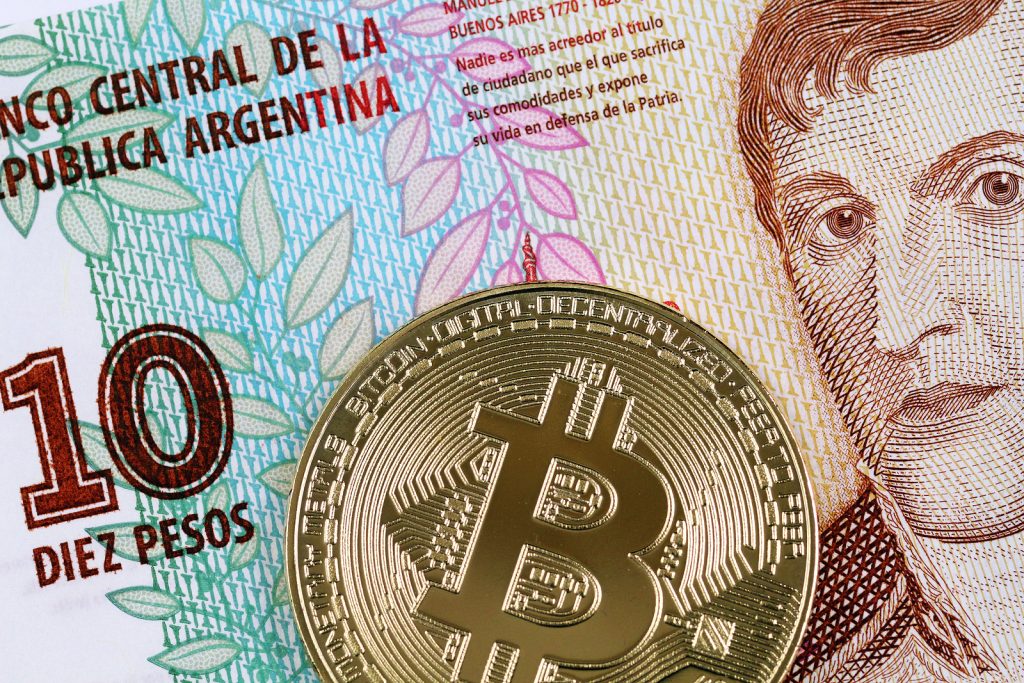 Bitcoin is currently trading at around 2.695 million Argentine pesos (ARS) on Argentine exchanges. This means that the cryptocurrency is being traded for around R $ 165,300 on these platforms, well above the current cryptocurrency rate of R $ 91,000 on Brazilian stock exchanges. In dollar terms, the Bitcoin price is $ 17,923 according to Coingolive data.

The price of BTC has grown steadily against the Argentine peso this year, as the country is dealing with an inflation rate of 35% and people suffer from the crisis of COVID-19 and currency controls.

CryptoCompare data shows that while the price of BTC has risen 145% against the US dollar so far in 2020, it has risen more than 430% against the Argentine currency (ARS).

The price, it is worth remembering, is based on the so-called blue dollar that circulates in Argentina, and not on the other quotations that are found in the country. The blue dollar is said to be governed only by the country's supply and demand.

The cryptocurrency premium against the ARS is based on the drop in the value of the fiat currency. The experts' predictions about the Argentine peso are disappointing. The reports suggest, however, that the difference between the official and market dollar exchange rates in the country has narrowed with the government's adoption of "more orthodox measures to boost exports".

According to Bloomberg, the Argentine Senate on Friday approved a proposal for a single wealth tax with the aim of increasing government revenue, targeting millionaires with assets of more than 200 million pesos (R $ 12.2 millions).

The tax will be between 1% and 3% of its wealth and aims to increase revenue after strict restrictions imposed by authorities to combat the COVID-10 pandemic saw government revenue plummet. Senator Carlos Caserio, a member of the committee responsible for the bill, was quoted as saying:

"This is a one-time, one-time contribution," said Senator Carlos Caserio, a member of the committee responsible for the project, according to a note posted on the Senate website. "We are coming out of this pandemic as countries come out of world wars, with thousands of economies dead and devastated."

The Director of the Central Bank of Argentina (BCRA) in fiat currency, Carlos Hourbeigt, would have pressed for the use of a national payment network that would replace the use of ARS in cash, called “Transfers 3.0”, and would be monitored by the country's central bank .

The move has faced a backlash from cryptocurrency supporters in the country, who believe regulators want to further control the population through Transfers 3.0. Camilo Jorajuría, a legal advisor in Argentina, tweeted “only bitcoin corrects this”.

Local cryptocurrency media question whether the move is a "war on privacy", as the presentations in Transferências 3.0 state that "the common enemy is physical money".

NovaDAX: the most complete exchange in Brazil with over 25 listed cryptocurrencies and the best customer service score.