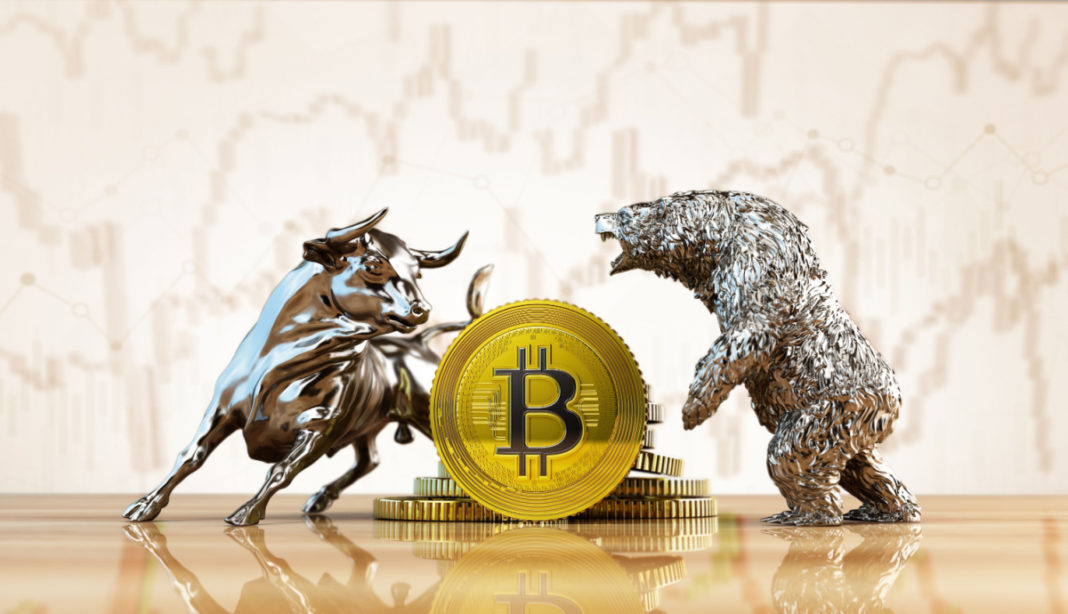 The surge in the price of major cryptocurrencies like Bitcoin (BTC) and Ethereum (ETH) is sparking a long-standing debate: could the rally be the start of a full-blown recovery from the market, or is it just the prelude to more pain for the investors.

Since Bitcoin hit an all-time high of around $69,000 in November 2021, digital assets have been hurt by higher interest rates around the world and a series of gigantic collapses – such as Terra, fund Three Arrows Capital (3AC) and broker FTX, to name a few.

While Bitcoin is down nearly 67% from its peak, digital assets – and other investments such as stocks – are having a positive start to the year. Bitcoin price is up 38% so far this month to around $23k, its highest price since August 2022. according to CoinGecko.

Cryptocurrency prices started to rise earlier this month, in anticipation of an economic report which showed that US inflation cooled in December. The reading also revived hopes that the Federal Reserve (Fed, the US BC) will raise interest rates less aggressively than last year.

But attention! That’s what the most skeptical and cautious analysts say. Many commentators in the cryptocurrency industry believe that the recent rise in prices is too good to be true and are labeling the rally a “bull trap” – a short-shot movement that can “burn out” traders who enter the rally.

Others following the rally are also on the back foot. A Twitter poll conducted by a popular Bitcoin page came up with a consensus with more than 18,000 participants that the rally on January 15th was indeed a bull trap.

Recently, “il Capo of Crypto“, a prominent digital influencer and self-proclaimed crypto analyst, echoed the bear market observation, saying the rally “clearly looks rigged” and is the “biggest bull trap” they have ever seen.

I’ve been checking charts all this time, avoiding noise from Twitter. The way the upward movement is happening, the way htf resistances are being tested… it clearly looks manipulated, no real demand.

Once again, the biggest bull trap I’ve ever seen. But they won’t trap me.

The mood among cautious cryptocurrency enthusiasts was resonated on Reddit, where one user dismissed the remarks, agreeing with the idea that Bitcoin had already surpassed the minimum market cap.

“It is hard to believe that it was only a week ago that all of the media and their analysts solemnly and confidently proclaimed that [o Bitcoin em] 12k was relentless and unavoidable,” said the user.

And, of course, there’s also Jim Cramer. The host of the program mad money from MSNBC tweeted last week that the recent jump is “manipulation” and more evidence that digital assets are a “fake market.”

the higher manipulation of crypto shows you this is truly a sham market….

The inaccuracy of Cramer’s comments over the long term has become a laughing stock in the crypto world, spawning many memes and popularizing accounts such as “Inverse Cramer ETF“, a fictitious exchange-traded fund that always recommends the opposite of Cramer’s advice.

In response to Cramer’s assertion, several accounts took the host’s pessimism as a positive sign, such as Dan Held, head of growth marketing at Kraken, who responded, “rock bottom has arrived!”

Other influential Twitter accounts were sincerely optimistic, such as “PlanB,” which declared that a new bull market for digital assets started when the recent Bitcoin pump started. Some community members took the opportunity to insist on those who believe that digital assets will face more losses.

The rise in prices has also left some Wall Street pundits scratching their heads.

A research report published on Friday (20) by analysts at JP Morgan failed to explain the rise in cryptocurrency prices with confidence, but acknowledged that market conditions for riskier assets have become more favorable, citing the recent report of inflation.

“We don’t have a great response about the January crypto rally at this time, but we think it’s emblematic of the inherent conviction many still have in cryptocurrencies,” he said. “Cryptobulls and whales seem to have renewed hope.”

Have you thought about inserting your business into the new digital economy? If you have a project, you can tokenize it. click heresign up for the Tokenize Your Idea program and enter the Web 3.0 universe!