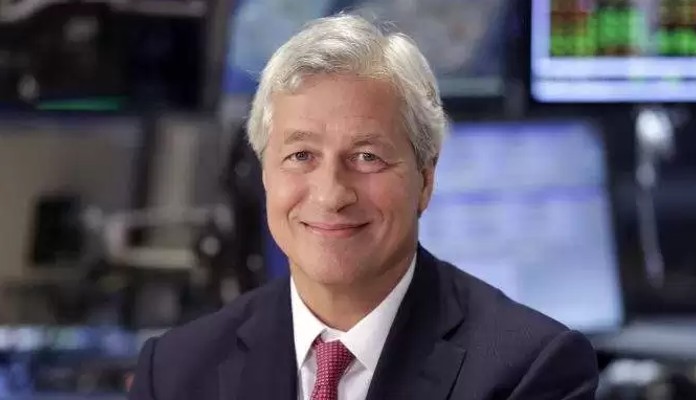 Notorious Bitcoin critic, JP Morgan bank CEO Jamie Dimon has returned to the charge again against the asset. During his participation in a session of the Financial Services Committee of the United States Congress on Wednesday (21), the banker classified BTC as a “decentralized pyramid” and listed crimes that are committed with the asset.

“I am a notorious critic of crypto tokens, what you call currency, like Bitcoin. They are decentralized financial pyramids and the notion that they are good for anyone is unbelievable.”

“So we sat in this room and talked about things like a $2 billion loss. Every year $30 billion in ransomware, money laundering, sex trafficking, theft. It’s dangerous,” Dimon said.

See the banker’s speech below:

Congresswoman Maxine Waters, chairman of the Council on which Dimon made his latest criticism of Bitcoin, is developing a bill to regulate stabelcoins.

The CEO of JP Morgan argued that stablecoins might not be as problematic as other cryptocurrencies if they are properly regulated.

Jamie DImon’s crusade against Bitcoin is an old one. In September 2017, the executive said that Bitcoin was a fraud “worse than the tulip craze”, referring to the most famous pyramid in the world.

The executive refers to the historical episode when tulip flowers became increasingly valuable in the Netherlands at the beginning of the 17th century. People started putting a lot of money into tulip-related investments, but the bubble eventually burst and many people lost all their money. It has become the classic case of a financial bubble and synonymous with the event.

In January 2018, the executive even said he had “regrets” over his remark last year, when the Wall Street banker called bitcoin a “fraud”.

More recently, in April of this year, Dimon praised blockchain technology and Decentralized Finance (or DeFi, for short) in a letter sent to shareholders.

“Decentralized finance and blockchain are real, new technologies that can be implemented both publicly and privately, licensed or otherwise,” Dimon said, before adding that JPMorgan is “at the forefront” of these innovations.