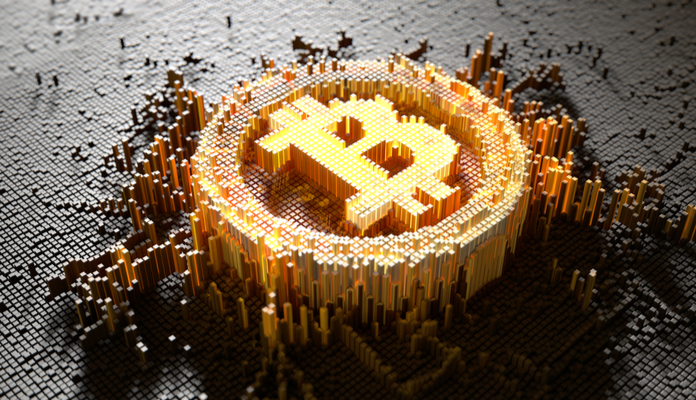 London, January 3, 2009, the traditional British newspaper "The Times" was printing another cover in its normal routine. The main cover story was: “Chancellor on the verge of second bank bailout”.

Coincidentally or not, the phrase is also present in the genesis block of Bitcoin, the biggest investment of the decade.

Before you can understand Genesis Block and Bitcoin, you need to look at the origins of the 2008 crisis. The end of the 1971 gold standard and exaggerated bank lending almost ended the global financial system.

The Times news was a clear reflection of the socio-economic context in which the world was inserted during the height of the global crisis that began in 2007 and deepened in 2008, with the collapse of giant bank Lehman's Brother and hundreds of unemployed people wandering around Wall. Street without much hope in the face.

The severe crisis of 2008 revealed the side effects of a fractional reserve banking system. Under this system, a bank can lend more money than it has in custody, at the risk of being liquidated by bank runs, which happen when all its account holders withdraw money from one bank at the same time.

The fractional reserve has been around since the gold standard. However, the extinction of gold-backed coins in 1971 made this system more vulnerable because it virtually removed the limits on issuing money.

With the crisis of this system, the bank bailout, or “bailout”, was a desperate attempt orchestrated by governments to try to save banks “too big to fail” to prevent a collapse of the global financial system during the 2008 crisis. The Bush administration had announced a $ 2.6 trillion aid plan to the financial system.

After all, the Banks carried, besides “rotten bonds” or junk bonds, the life savings of all people, such as pensions, pension funds and insurance. A breakdown of banks like Barclays, JP Morgan and Bank of America could mean a new paradigm in the capitalist economy.

Governments, through their central banks, injected trillions of dollars and euros to buy rotten assets and help clear the liabilities of too big to fail banks, buy unpaid mortgages, low-rated loans and other debt securities. ).

In this context, Bitcoin appears for the first time on the Internet, in an email list of anarchists, cryptographers and mathematicians, through a document that demonstrated its concept and operation, the whitepaper, released October 31, 2008, coinciding with the height of the global financial crisis.

As a form of protest, or symbolism, Satoshi recorded in the genesis of Bitcoin the following sentence:The Times Jan 03, 2009 Chancellor on brink of second bailout for banks" The message can be obtained by analyzing the raw data of the genesis block.

This was one way that Satoshi found to express his dissatisfaction with central banks and fractional reserve-based systems, creating an asset that would be the antithesis of our money, bearing the high scarcity and millennial robustness of Gold as the ultimate financial guarantee asset.

However, Bitcoin has more than just scarcity and robustness. Unlike Gold, it cannot be confiscated and censored with the use of brute force, as was done by the American government in Crisis 29 with Executive Order 6102.

President Roosevelt banned the possession of gold and forced the American population to sell their gold coins, jewelry and certificates at a price far below the market. Bitcoin solves this problem with layers of encryption, decentralization, and scheduled scarcity.

Ten years later, The Times' main call was: "Universities face credit crunch and debt spiraling." As I write, January 3, 2020, Trump has just thrown missiles and killed one of Iran's most powerful men without congressional approval.

What will be the next cover of The Times 10 years from now? My bet will be: Bitcoin on the verge of bailing out the economy.