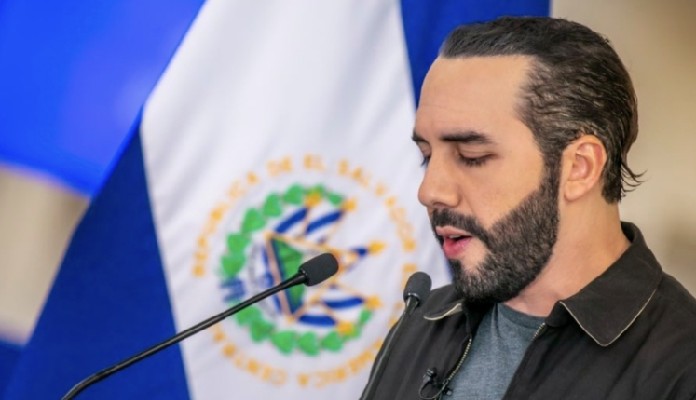 In the second week of this month, El Salvador hosted Labitconf, the Latin American congress of bitcoin and blockchain, an event that ended on Mizata beach, located in the municipality of La Libertad, with a fireworks show and a triumphant entry to the best popstar style of the president of El Salvador, Nayib Bukele.

Applauded by the audience, the president presented himself with his traditional cap turned backwards, dressed in white and ready to announce to those present a totally unexpected news: the creation of the first city in the bitcoin world, ‘Bitcoin City’.

The audience there went wild, impressed with the popstar president’s ability to surprise the bitcoin community with increasingly bold ideas since the launch of the Bitcoin Law on September 7 this year. To understand this announcement, however, it is first necessary to assimilate the economic situation of the smallest country in the Americas, a country the size of the state of Sergipe.

El Salvador is currently facing an accelerated deterioration of public accounts. With a fiscal deficit exceeding 4% of GDP, a public debt exceeding 85% of GDP and a government that does not stop spending, the Salvadoran government urgently needs a capital injection to be able to meet its budget obligations.

In light of this situation, earlier this year, the government knocked on the IMF’s door to ask for a loan of US$ 1.3 billion, which is a very reasonable amount for a country with a GDP that barely reaches US$ 25 billion.

However, in order to access this loan, the IMF imposes a series of conditions that go against President Bukele’s economic and fiscal policy. Among other issues, the IMF and other multilateral agencies have questioned the authoritarian escalation of the current government, the launch of Bitcoin as a legal tender, as well as the accelerated increase in public debt, deficit and spending.

The government, for its part, had said that negotiations with the IMF were in full swing and that on November 15 they would finally reach an agreement to release the loan the country needs to guarantee creditors of the debt it will have. conditions to pay if public accounts tighten.

In the face of so much speculation, the IMF was categorical and said: “the $1.3 billion loan is not on the table, the only thing being done is the revision of Article IV, which happens every year with the member countries of the IMF”.

Given the above, and contrary to all expectations, three advertisements took El Salvador by surprise:

In the meantime, and after the announcement of the launch of bitcoin (sovereign debt) bonds, Salvadoran debt securities quoted in dollars have fallen even further.

Debt assets currently have a rating by JP Morgan and Chase of Caa1, which is to say the assets are currently considered ‘toxic’. This implies that if the government wants to acquire new debt on the market, it would have to be willing to pay interest rates above 15%.

The puzzle pieces start to fall into place. The expropriation law would be used to be able to expropriate land in the east of the country for the construction of Bitcoin City; Bitcoin bonds would replace the absence of the IMF loan.

But the ambition is actually big, the government hopes to be able to raise more resources through this mechanism, also known as asset tokenization, and would no longer issue debt securities in the traditional market where intermediaries take a very reasonable percentage, and would use side networks (sidechains) to raise funds for the country.

In the words of Samson Mow, director of security at Blockstream, who presented the idea to the government in July of this year, he doesn’t see why the idea could not succeed. And that’s not all. Hopefully, if the first bond auction succeeds, another $5 billion or $10 billion could be raised ahead if the government sees fit — ‘the sky’s the limit’.

It remains to be seen whether investors would be willing to lend money to the Bukele government (which has the noose around its neck) at an interest rate of 6.5% and ten years, while the government is unable to raise funds in the traditional bond market sovereign debt at rates below 15%.

It is worth remembering that so far none of these promises have been fulfilled.

In a country where its inhabitants do not have access to decent health, housing, education and infrastructure services, where the government has serious problems financing its costs, the president offers foreigners the construction of a first-world city where they can enjoy of everything that Salvadorans do not have access to. And those who have it have to pay a very high price.

Are we facing yet another millennial president’s madness or on the brink of an economic miracle in Central America?