Home News Bitcoin and Ether could start rally and appreciate up to 26%, trader... 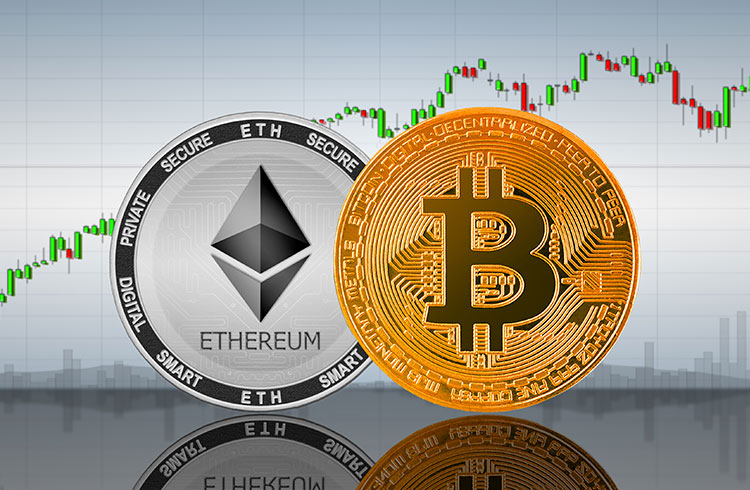 The price of Bitcoin (BTC) dropped 0.54% last week and broke a record low: eight consecutive weeks of devaluations. But the market started up this Monday (23), with the price returning to the level of US$ 30 thousand.

The same happened with Ether (ETH), which is up 1.89% and is quoted above $2,000. For the trader who goes by the name Kaleo, the bear market’s worst moment appears to be over. With this, BTC and ETH can start appreciations of up to 26%.

Binance Coin (BNB) is also among the top targets of the trader, who analyzes its pair with BTC. In this sense, the Binance cryptocurrency is close to resuming its all-time highs.

According to Kaleo, the price of BTC is still pressured by movements in traditional markets. To his 590 thousand followers on Twitter, the analyst warned that there are no signs of a rise in the short term.

However, Kaleo also does not expect the price to fall below $30,000 again. Therefore, his expectation is that the cryptocurrency will continue to sideways before further valuations. When they happen, the price should reach $38,000, about 21% above current prices.

Kaleo also sees good signs of appreciation in ETH, which is following the same path as BTC. With the correction easing in the coming weeks, the cryptocurrency has more short-term upside potential.

In this sense, the analyst predicts a greater appreciation for ETH, reaching 26%. This would push the cryptocurrency price to $2,600. “$2,600 ETH makes sense,” he explained.

If it reaches this level, ETH will touch the current resistance of an important channel of higher tops and bottoms than its predecessors. The breaking of this resistance will set the terms for possible new valuations. One ETH is trading at $2,049 at the time of writing this article.

BNB near highs – in Bitcoin

Lastly, Kaleo also put Binance Coin (BNB), the utility token of the Binance exchange, on its radar. But here he did not analyze the price of BNB in ​​dollars, but in BTC. That’s because, according to his analysis, the cryptocurrency is close to the highs in this pair.

Unlike other cryptocurrencies, BNB has shown buying strength even after the widespread market slump. If the movement continues in this trend, a new historic high may occur in the coming months.

“The BNB/BTC pair looks like it wants to make an all-time high later this summer (which starts in June in the Northern Hemisphere). Quite impressive strength in a bear market,” the trader said.

Also read: Fantom up 15% on rumors of Andre Cronje’s return to the market