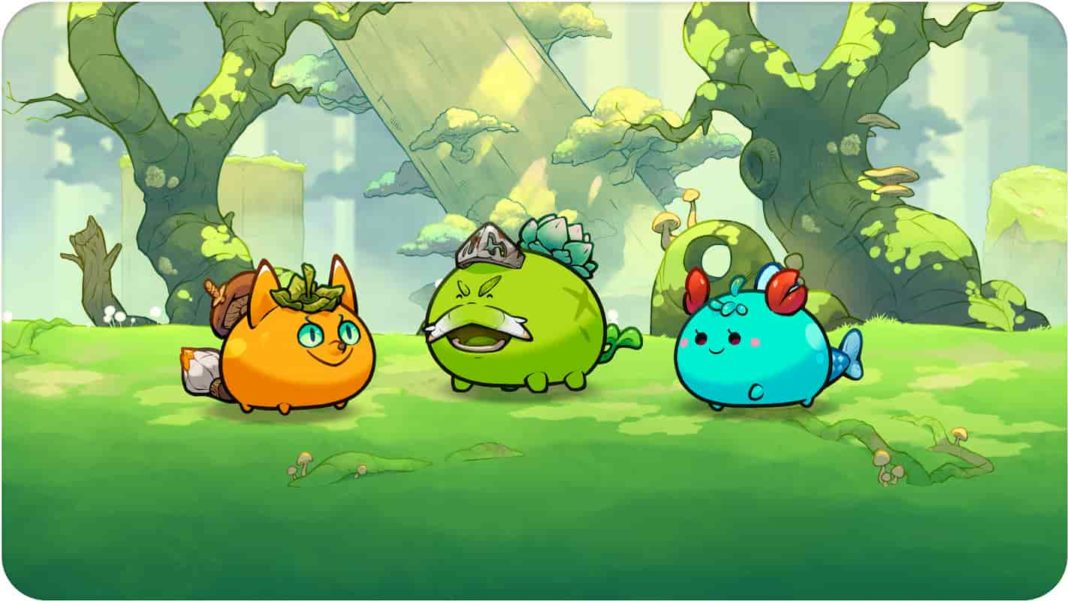 The top name in the play-to-earn universe – Axie Infinity – has surpassed $4 billion in all-time non-fungible token sales. It is currently the third largest NFT project behind only OpenSea and LooksRare.

Launched in 2018, Axie Infinity is among the most popular ‘play to win’ blockchain games. However, it wasn’t until 2021 that it gained wide acceptance.

Both the NFT space and the play-to-earn business model began to thrive in the past year, and most projects have increased their NFT sales to new heights.

According to data from DappRadar, the total value of NFTs sold on Axie Infinity reached $4.14 billion. The number of traders responsible for this is nearly 2 million, while the average price of digital collectibles sold is $198.

Axie Infinity’s growth has been considerable since six months ago, its turnover was $1.1 billion.

OpenSea is the undisputed leader among all NFT markets, with a total trading volume of over $21 billion. LooksRare ranks second with nearly $17 billion.

In November last year, an anonymous person bought a single digital land on Axie Infinity for 550 ETH. At the time of the transaction, this was equivalent to US$2.3 million.

The land in question is one of the “genesis” terrain NFTs in Axie Infinity, which is considered extremely rare as there are only 220.

The game’s official marketplace offers other assets such as characters, accessories and land parcels that can be sold as non-fungible tokens.

As we showed earlier, Axie Infinity’s game mode including terrains will be in 3D and will offer AXS gains for players.

Earlier this month, the blockchain game announced that it would implement changes to its rewards system to rebalance its ecosystem. Specifically, it promised to reduce the supply of Smooth Love Potion (SLP) tokens by 56%, making them more scarce.

As a result, the dollar value of the asset rose to nearly $0.04 shortly thereafter. However, the SLP has retreated 55% over the next few weeks (in line with the downtrend in the cryptocurrency market).

Similar to most cryptocurrencies, AXS has lost a significant part of its price recently. At the time of publishing this article, it is around US$50.