WordPress
Home News Argentina, Greece and Brazil: what happened to countries that defaulted on public... 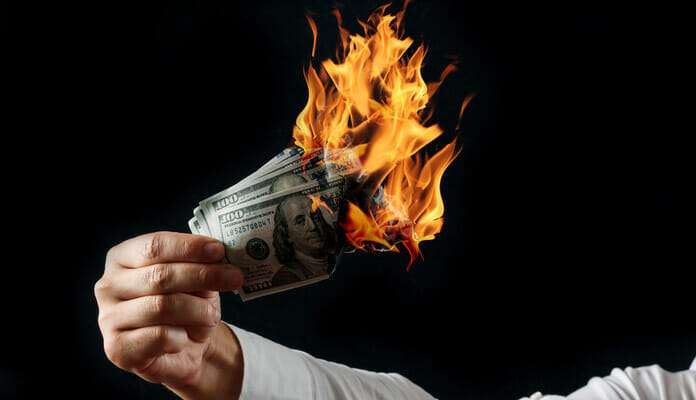 A country declares a moratorium when it fails to pay its debts. Formalizing less, we can say that a country defaults on its debt, be it external or internal. But what are the consequences of not paying the debt? After all, why does the country issue debts and pay interest for it? What is external and internal debt?

This issue has been on the rise since Covid-19 became a pandemic and has had major negative consequences for the world economy. Many countries will have an increase in indebtedness and if this debt increases too much, some countries may declare a moratorium, which is unusual in everyday life, but that happens every now and then.

Before we analyze the consequence of defaulting on debt, we need to understand the structure of this indebtedness, why it exists and why indebtedness is rising so fast in many countries.

There are many questions that will be answered in this text. But what we need to know is that the government can borrow money to finance social programs or cover deficits in public accounts (when it spends more than it collects).

Therefore, the government can issue debt securities that are purchased by investors, who in turn receive interest paid by the government, usually at the basic interest rate (Selic). The logic of interest is simple: would you lend your money if you weren't going to earn anything in return? Therefore, this interest serves to attract investors who want to profit.

Interest also reflects a country's risk. When excessively high, it may be reflecting that the risk of default is higher and, therefore, a greater reward is needed to compensate for this high risk.

The government raises these funds mainly through government bonds such as Tesouro Direto, which constitutes domestic debt, that which is expressed in the country's currency. The advantage of this indebtedness is that the government is free from foreign exchange risk, that is, the exchange rate variation does not increase or decrease the debt.

On the other hand, it is exposed to interest risk. If the country's risk is too high, the government should spend more on paying interest on debt. This is a disadvantage of issuing domestic debt.

However, not all debt is internal. Governments can borrow from the IMF (International Monetary Fund) by paying lower interest rates, but with the amount of debt indexed to the dollar. The advantage is the possibility of paying a fixed interest rate that is lower than if done through domestic indebtedness.

The IMF is an entity that aims to regulate the global financial system and that acts directly on its functioning. This organization was created by the UN after the end of the Second World War with the objective of helping the countries' economic stability.

However, issuing foreign debt has the great disadvantage of being exposed to the exchange rate. If a country has its debt indexed in dollars and, for some reason, the price of the American currency explodes, the debt would also undergo a positive variation.

What happens when a country defaults on public debt?

A country declares a moratorium when it spends more than it collects in taxes. And, therefore, you need to keep using debt to be able to close your accounts. This default risk is measured by several rating agencies, which account for and create a ranking of securities from higher to lower risk.

Risk ratings (rating) from S&P, range from AAA (best) to D (worst), plus positive, negative and neutral ratings for each qualification

However, when he loses room for maneuver, the exit can often be to announce a debt default, which generally does not go down well in the financial market.

Which countries have already defaulted?

Recently, there are many examples of countries that have already declared a moratorium: Brazil (1987), Argentina (2001), Russia (1998), Ecuador (2008) and Greece (2015). All these countries saw their economies suffer very serious consequences afterwards.

Even Brazil has already defaulted on its public external debt (IMF). In February 1987, President José Sarney spoke on radio and TV and announced that he would suspend, unilaterally and for an indefinite period, the payment of interest on the Brazilian foreign debt, without ever speaking the word “moratorium” ”.

As a consequence, there was a large flight of foreign exchange reserves from the economy. And Brazil, which has lived with hyperinflation since the early 1980s, needed to freeze prices and exchange rates. The Brazilian economy lived with rampant inflation, high interest rates and a devalued exchange rate until the creation of the Real Plan (in 1994), which practically “dollarized” the Brazilian currency.

It was the first developed country to declare a moratorium on the IMF. First it failed to pay € 1.5 billion and shortly afterwards € 456 million. Greece experienced a dramatic situation between 2014 and 2015: rising unemployment, economic crisis and many people forbidden to rescue their money from banks.

Ecuador decided to "audit" its public debt and decided not to pay more than 40% of its due amount, considering that part of the debt as "illegal, immoral and corrupt". The value corresponded to 19% of its GDP, equivalent to US $ 9.9 million dollars. The country saw its International Rating drop from B- to CCC-.

As the debt was still under control, Ecuador's economic situation did not significantly deteriorate after a moratorium was declared. Today the country owes 49.4% of GDP. At the time of default, it owed 16.4%.

The crisis in Russia triggered a systemic crisis in emerging countries, including Brazil. The collapse of the Soviet Union was one of the greatest aggravations of a crisis that Russia has been experiencing since the late 1980s. Russians faced high rates of unemployment, inflation and debt in the 1990s.

However, the situation worsened further in the late 1990s. In 1998, Russia declared a 90-day moratorium, currency and national debt devaluation. On August 17, the ruble, a Russian currency, collapsed with the moratorium. In the same year, Russian GDP shrank 4.9% and inflation that year reached 84%.

He had been in recession for three years, failed to control his debt, stopped paying and declared the largest default in history, worth $ 100 billion, and then paid only 30% of the amount owed.

Since then, Argentina has never been able to recover and has been spending years after years between economic crises, polarization between right versus left and defaults.

Since the default on public debt, the Argentine population has been suffering from high inflation, unemployment, worsening social indicators and practically collapsed currency. Today the country is just a shadow of what it was at the beginning of the 20th century, when it had a more developed economy than many European countries.

Before defaulting on public debt, the country has already been suffering from serious economic problems, with default being the last alternative. Therefore, the moratorium is the last ‘leap into the dark’ that a country takes to try to find a solution. The consequences are very serious and the economy takes time to recover, others never recover.

Therefore, it is preferable that a country never lets its public accounts reach such a lack of control that it leads to a moratorium. Today, with the evolution of financial markets, the concern with risk is greater and the response to it is even faster. As a result, concern about the risk of indebtedness grew.

In the 2000s, after the economy stabilized with the Plano Real, Brazil did its homework and fixed its budget, raising more than it spent. However, starting in 2010, the budget began to worsen and the country's risk peaked in 2016.

Today, the risk of default on debt is greater than in 2008, but compared to the scenario we experienced in 1987, default becomes very small. However, if you invest in Tesouro Direto, it is good to diversify into different assets: stocks, gold, hard currencies and real estate. This decreases your risk of defaulting and losing a lot of money.

* Text written by Lucas Bassotto and originally published by the Investificar website.