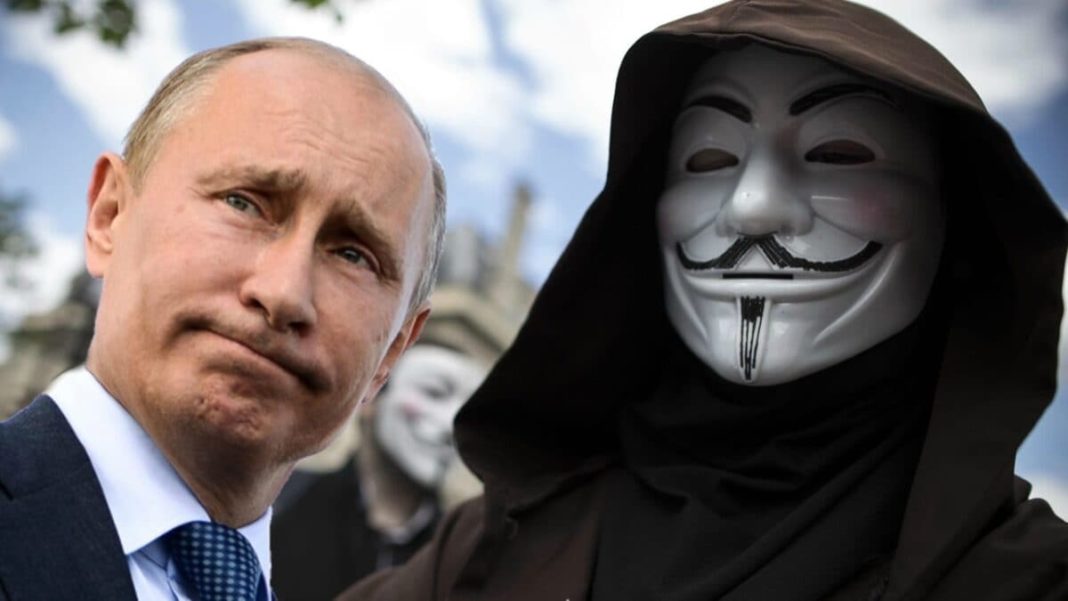 The anonymous collective continues to fight its own war against Russia, under the hashtag #OpRussia, and allegedly managed to break into the biggest Russian bank, Sberbank.

Anonymous is an online collective of “hacktivists” who, anonymously and organized, carry out joint actions motivated by a common cause or ideal.

In February 2022, with the confirmation of the Russian invasion of Ukraine, the collective started to use the hashtag #OpRussia, for Operation Russia, calling on other “hackers” to focus their efforts and attack Russian institutions, bringing harm to the country and sharing relevant information, making the Russian population aware of the reality of what is happening in Ukraine.

Biggest Russian bank is hacked and data was allegedly leaked

According to a post on the account profile @YourAnonOneone of the anonymous collective’s biggest communication platforms with over a million followers, the most recent target was the biggest Russian bank, called Sberbank.

As reported by other pages and relevant profiles linked to Anonymous, they were successful in breaking into the financial institution’s database and the stolen data is already being spread across the group’s cells.

Sberbank is a public (state) bank that also has a presence in several European countries, but which has already announced on other occasions that it would be leaving the continent, given the war situation.

The @Anonymous_23_00 page shared a link to what allegedly were 5,030 emails, addresses and phone numbers from the compromised database.

So far, Russian authorities have not commented on the case and the bank has declined to provide clarification to several news outlets that have tried to contact.