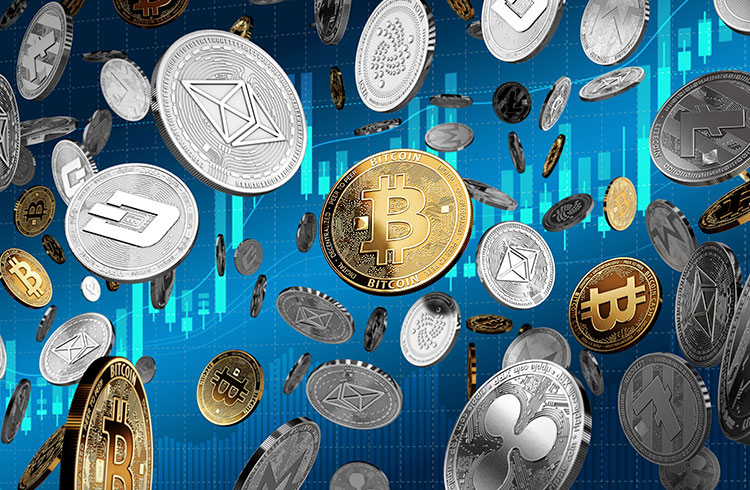 In the past, the pseudonymous trader gained fame for making timely price calls for altcoins. Now, however, your warning is in the opposite direction. According to Altcoin Sherpa, the above trio should see corrections of up to X%.

First on the list is SOL, cryptocurrency from the Solana smart contract platform. Sherpa did an analysis for its 181,900 Twitter followers stating that SOL is likely to revisit its $25 – BRL 125 range in current values.

At the time of writing, a SOL is worth around US$31, or R$155 at current exchange rates. That is, the correction would lead to a 19.3% loss in the price of the cryptocurrency.

“I think a run on those $25 lows is coming. If we look at this as an accumulation range (I’m personally skeptical), these lows are being explored again. And if we just think that the sentiment is bearish, those lows (or even lower values) are also coming. So yeah, lower no matter what,” he warned.

Next, Sherpa looks at the AVAX token, which powers another smart contract platform: Avalanche. According to the trader, AVAX is likely to revisit its market lows, meaning a devaluation around $14.

According to CoinMarketCap, AVAX is worth around $19.26, or R$97.64, at the time of writing. If the price drops to Sherpa’s predicted levels, AVA would lose about 27.3% in value from the current price.

“(AVAX) will have a chance to buy at lower levels regardless of whether that area is the lowest OR if the price remains much lower. Be patient,” he said.

Finally, the trader is also watching the price action of Cosmos (ATOM), a blockchain ecosystem designed to scale and communicate with each other. And once again, it predicts strong corrections in the price of its cryptocurrency

In that sense, Sherpa sees ATOM correcting and printing an even stronger bearish setup than AVAX and SOL. In the event that this scenario materializes, the ATOM may drop to values ​​up to US$ 8, or around R$ 40.

The current price of ATOM is US$ 11.64, or R$ 59 in current values. Therefore, a drop of this magnitude would represent a loss of 31.2% in the price of the cryptocurrency.

Read also: Analyst predicts jump of more than 340% for Cardano (ADA) by the end of the year

Also read: Can MATIC still go back to $1? Understand what can lead to a 13% rise in the price of cryptocurrency