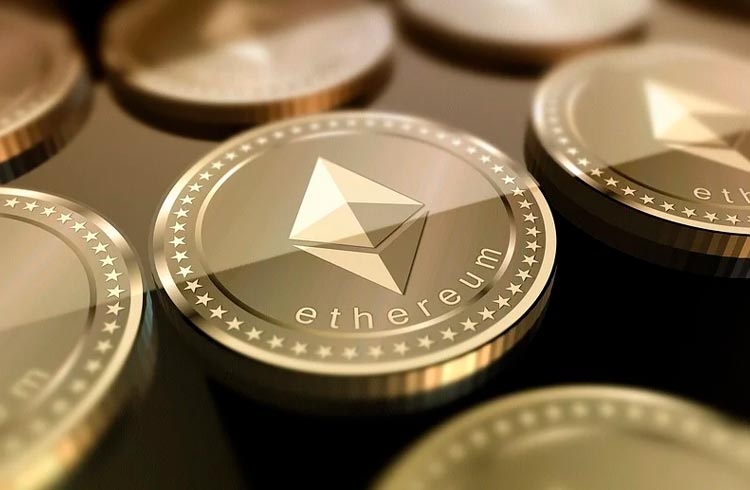 The proportion of ETH's stock on exchanges for trading is around 10.25%. The value dropped to the level of early September 2018. Meanwhile, the stock of ETH “locked in” in smart contracts topped 31%, three times that of exchanges.

According to analyst firm PAData, using Glassnode data, the ETH number for trading on exchanges was up to 10.25% as of July 8th. The value represents a drop of about 4 percentage points since the beginning of this year.

On the other hand, the ETH inventory locked in smart contracts increased significantly. On the same date, the total amount accounted for 31.69% of all Ethereum created so far.

Less Ethereum on the market

Also according to the company's analysis, since July 7, ETH's participation in smart contracts has increased by around 7.8%. The value is therefore equivalent to an increase of around 9,095,000 ETH.

PAData also pointed out that the difference between the blocked value and the value in exchanges continues in an uptrend.

As smart contracts mainly include the new DeFi craze, the increase in ETH inventory means that market share in projects in this sector has increased recently.

Thus, as there is more Ethereum "stale" in smart contracts, analysts point out that there is a very strong expectation of price recovery.

Also, the future release of Ethereum 2.0 should further boost the blocked ETH number. After all, the new Proof of Participation based verification system will require even more blocked Ether.

Based on this, analysts believe that there may be a shortage of Ethereum on the exchanges. The current level of 10.25% is already one of the lowest in history.

Furthermore, with an increasing demand for DeFi and with the new validation system, the available volume is expected to drop further.

So when demand increases and supply falls, Ethereum prices are likely to rise.

Also read: "Bitcoin is not decentralized and depends on countries", says analyst