Home News Air transport in search of savings on the blockchain 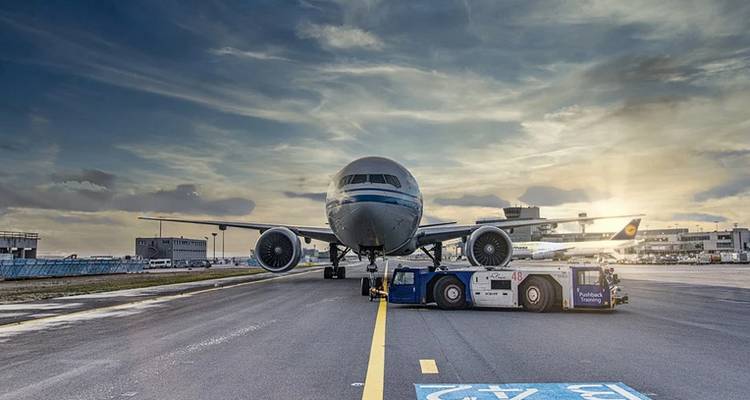 The air cargo companies gathered within the Global Blockchain Alliance believe that the tracking and data sharing of containers on the blockchain would generate annual savings of $ 400 million.

Shipping already has a major blockchain through the TradeLens consortium. In the air Transport industrialists are also studying the potential of this technology very closely. It could even save them $ 400 million every year.

SITA, technology supplier for the airline industry, and the trade association ULD Care hope to improve the operational efficiency of air cargo through blockchain. The distributed register would be used for tracking and digital recording of container data from sender to recipient.

As blockchain proponents in international trade already explain, these operations still rely on paper systems today. The digitalization and real-time monitoring of containers could therefore lead to efficiency gains. The blockchain would intervene for the recording and the secure sharing of data between the multiple participants in the chain.

A container from Shanghai to Long Beach can take up to 30 days to complete its journey, but the actual duration of the sea or road trip is only about 15 days, the remaining time being spent on paperwork. The use of blockchain could revolutionize this process, ”said ULD Care vice president Bob Rogers.

The leader of the sector also specifies that the savings are substantial. Air freight accounts for 1% of total world trade in terms of volume. However, in value, its weight is 35%. Modernization through digital and blockchain must therefore remedy an "ineffectiveness" qualified as important.

Air transport manufacturers plan to digitize the entire tracking system for the 800 million containers in circulation today in the air. It is the subject of a recently launched experiment or PoC.

The platform will also be open to non-airline third parties, such as ground handling agents, thanks to APIs and a new interface. Monitoring and sharing of data must guarantee the location of all containers at all times.

A key benefit has already been highlighted: "enabling companies to follow precisely where loss or damage occurs and recover costs without dispute. "

The main obstacles to seamless travel and truly efficient air transport are the siled processes between the many stakeholders, including airlines, airports, ground service providers and regulators. They act as major speed bumps at every stage of the journey, ”notes a SITA executive, who hopes to remedy this through the blockchain.

This project is part of the Global Blockchain Alliance led by SITA. This group of manufacturers aims to explore the potential of blockchain in air transport. Initially, the PoCs focused on spare parts logistics and aircraft maintenance.

Who will pierce the ceiling first: Bitcoin or Bolsonaro? – Market Summary