Celso Russomanno, reporter and presenter of the Consumer Patrol Program, became a meme on social media after controversial statements about Bitcoin.

For lack of knowledge, Russomanno confused the Bitcoin currency with financial pyramids that use the Bitcoin name to deceive the population. It would be like putting the blame on the real for corruption schemes in the Lava-Jato.

The errors were so grotesque that the Brazilian Association of Cryptoeconomics had to issue a disapproval note and even generated a furious response from Celso.

Also read: Celso Russomanno says that Bitcoin does not exist and does not know who managed to withdraw

Bitcoiners forgive, but the internet doesn't

The internet did not forgive Celso's mistakes and several memes and complaints started to appear on various channels. The biggest one is “Group where we pretend to be Celso Russomanno” with more than 166 thousand members and dozens of daily posts.

Some users toyed with the reporter's claims, most of them alluding to Russomanno's exaggerated fight against tying. See the memes: 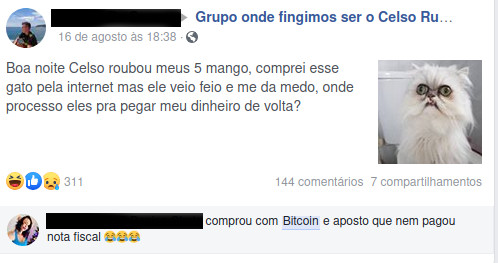 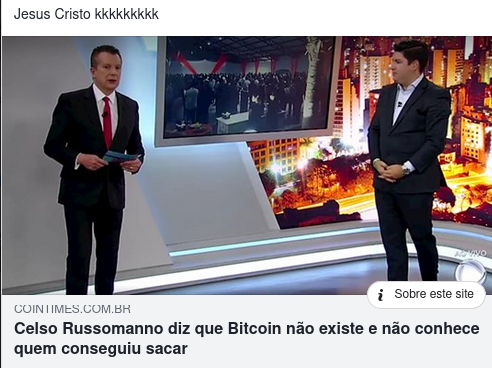 Other comments made heavy criticisms of the presenter and play on his rigidity when following the Consumer Protection Code. 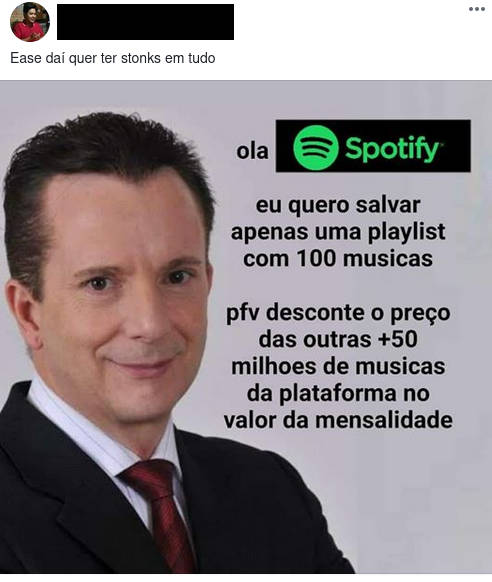 But amid jokes and jokes, there was also room for serious comments that answered precisely the problem in Russomanno's comments. 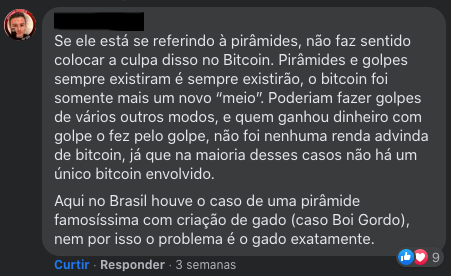 But Facebook posts, despite being nothing more than jokes, show that Russomanno's positions are exaggerated. And hyperbole is characteristic of humor.

And even if Bitcoin's success doesn't need everyone's acceptance, we hope Celso can reflect and even change his mind. Who knows, he may not want to buy a little, no one will need to call the police to acquire only fractions of btc.