Home News After 30 years, Collor asks for forgiveness for confiscation of savings 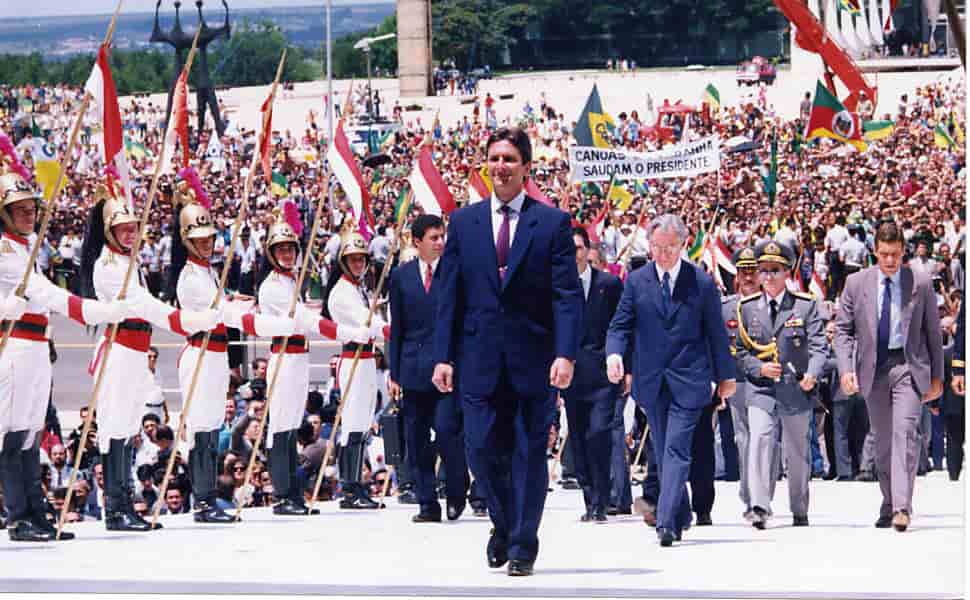 Former President Fernando Collor de Mello apologized on Monday (18) for the confiscation of savings and current accounts in 1990.

In his official Twitter account, Collor says he is sorry and admits he made a mistake after 30 years. But before apologizing, Collor says the reasons for the confiscation:

“The poorest were the most affected, they lost their purchasing power in a matter of days, people were starving. Brazil was on the edge! ”

After revealing his reasons, Collor apologizes and says he was wrong.

I believed that those radical measures were the right way. Unfortunately I was wrong. I would like to apologize to all those people who have been harmed by the blocking of assets.

Although Collor's measure is not legally accepted today, there are provisions for the government to borrow citizens' money without consent.

The so-called “compulsory loan” is a device authorized by the constitution in its article 148 in the following situations:

In the context of the pandemic, which is seen as a public calamity, it would already be possible to activate this device if there is sufficient political strength in the congress.

Furthermore, it is possible that the government will decreed compulsory loans if urgent public investments are needed, which includes payment of salaries. In other words, in a scenario with a lack of resources, the government may compulsorily borrow its money.

At the beginning of the crisis, as we explained in the article "Brazilian government prepares for money confiscation", a bill instituted the compulsory loan of 10% of the profits of companies with assets in excess of R $ 1 billion.

However, the measure was rejected by Congress. But we know that it can resurface at any time.

See also: Meet the only non-confiscated asset in the world