Home News AAVE can suffer from the same flaw that caused Cream’s hack; ... 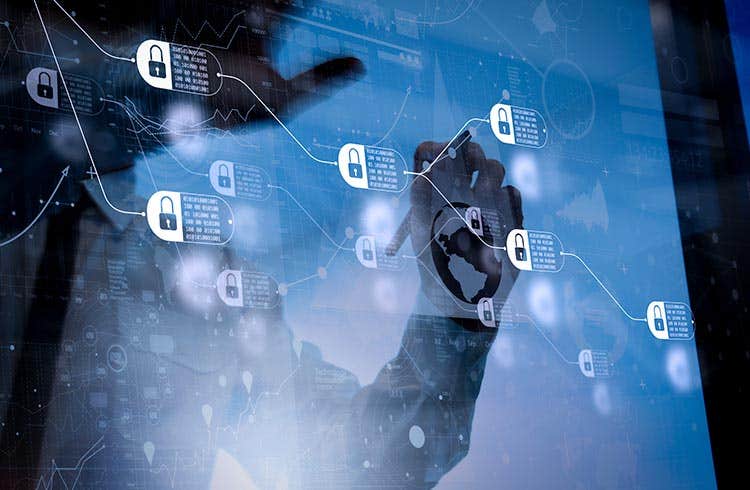 The Cream Finance (CREAM) protocol was the victim of three attacks in October, as reported by CriptoFácil. Now, the same risk could affect one of the largest decentralized finance networks, Aave.

According to a Delphi Digital report, the Aave protocol would be subject to the same vulnerability that affected CREM last month. Consequently, investors would be starting to withdraw funds from the protocol.

This sequence of events caused a sharp 25% drop in Aave’s liquidity. For a brief period, AAVE loan rates were much higher than composites and manufacturers.

The most emblematic case of withdrawing funds was that of Justin Sun, founder of the Tron Network (TRX). Three days after CREAM was hacked, Sun withdrew $4.2 billion from Aave. The amount, in current values, corresponds to R$ 23.5 billion.

Almost half of the amount (R$ 12 million) was in Ether (ETH), while R$ 6.3 billion correspond to stakes in stablecoin USDC. Other stablecoins and a bit of Bitcoin (BTC) were also part of Sun’s portfolio.

The lawsuit was reported by Chinese journalist Colin Wu on Oct. 30, when the amount was withdrawn. According to Wu, Sun would have withdrawn the money after the community proposed to freeze and disable loans.

Justin Sun transferred 4.2 billion US dollars from Aave, which may be related to this proposal by the community. pic.twitter.com/4YnbG7iNRL

Aave’s governance team voted on the proposal with the aim of mitigating the risk of attacks, bringing rates closer to the market average. While the proposal itself is not of concern, it confirms that there may indeed be a flaw in the protocol.

If it is a failure that can generate a flash loan – the same attack that took place against CREAM – the losses would be very severe. According to the DeFi Pulse website, Aave is the third DeFi protocol in allocated value, with more than US$ 14 billion (R$ 78 billion at the current price).

in an attack of flash loan, the attacker often uses manipulation to cause price drops. However, it is also possible to use the mechanism to divert funds from projects. In the case of the last attack on CREAM, it was precisely the second case that happened.

According to data from Delphi Digital, Aave has suffered a significant loss of resources in recent days. The protocol had more than US$22 billion in allocated value, but fell below US$15 billion. In total, Aave has lost 32.7% of its allocated value since the end of October.