Home News 1.3% of all bitcoin on the market is locked in the Ethereum... 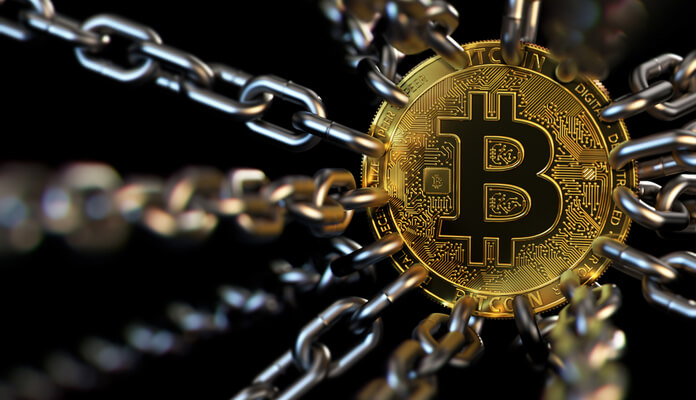 About 1.3% of all bitcoins that have ever been placed on the market are now locked onto the Ethereum network in the form of synthetic assets, according to data from The Block Research.

Altogether, there are 239.8 thousand BTC – equivalent to US$ 7.6 billion in the current cryptocurrency quotation – circulating through its tokenized version on the ETH blockchain.

Since 18.7 million bitcoins have already been mined since the coin's appearance, this number represents 1.3% of its total supply.

As the projects' blockchain are not compatible, the user who wants to use bitcoin in decentralized applications that work on the Ethereum network, needs to resort to the synthetic version of the asset.

These coins follow the same model of issuing a stablecoin, that is, for every synthetic bitcoin placed on the market, there is a real bitcoin held in reserve. If the BTC circulates again outside the ETH network, its tokenized version is destroyed.

No wonder that synthetic BTC began to become popular in July last year, as shown in the chart above. At that time, DeFi projects exploded in the crypto environment and the need to include bitcoin in this new space made the demand for this type of asset increase. Exactly one year ago, only 5,290 BTC circulated on the Ethereum network, that is, there was an annual growth of 4,400%.

The most popular synthetic bitcoin on the market is Wrapped Bitcoin (WBTC) which represents 78% of all BTC present on the ethereum network. The asset currently has a market capitalization of US$ 6 billion, which guarantees it the 22nd position in the CoinMarketCap ranking.

BitGo is responsible for taking custody of the original cryptocurrencies that guarantee the issued synthetic versions. The company was also one of the creators of the WBTC in 2019 in partnership with the organizations Ren and Kyber Network.

There are other versions of cryptocurrency in ERC-20 standard available on the market such as HBTC, renBTC, imBTC, sBTC and tBTC. Each was developed for its own specific purpose, but they all share the goal of bringing bitcoin to decentralized finance.

Furthermore, synthetic cryptocurrencies are not limited to the Ethereum network. BTCB, for example, is the tokenized version of BTC that runs on Binance Smart Chain. The coin was developed on the BEP2 standard and is currently the second most used synthetic bitcoin version on the market, second only to the WBTC.